Skip to content
Home » Traveling In Italy » Forte dei Marmi Beach – What’s the Beach Like & Should You Use a Beach Club?

If you’re heading to the luxe Tuscan coast town of Forte dei Marmi, you’re probably thinking of spending some time at the beach.

The Forte dei Marmi beach isn’t the most spectacular in Italy, but it is clean and beautiful, and the backdrop of the Apuan Alps is dramatic.

Forte dei Marmi has consistently been named a Spiaggia Bandiera Blu (Blue Flag Beach), an annual award given to beaches based on set criteria (including water quality, toilet availability, presence of waste bins, and more).

Good To Know:  If you’re looking for crystal clear, turquoise waters and white sandy beaches, Forte dei Marmi isn’t the beach for you.  Italy’s best beaches are in Puglia and Sardinia.

Below we’ll go over :

Where is the Forte dei Marmi Beach?

Forte dei Marmi is a chic seaside town on the Versilia coast in Northern Tuscany.

It sits on the shores of the Tyrrhenian Sea (part of the Mediterranean Sea), between Pisa and La Spezia.

It’s bordered by Marina di Massa to the north and Marina di Pietrasanta to the south, with the Apuan Alps towering in the background to the east.

What is the Beach Like in Forte dei Marmi?

The water is shallow near the shore and for quite a way out.

There are usually very small waves or no waves along the shore.

The water quality is continually tested and you can see the results (excellent) on the board at the jetty entrance.

Good To Know:  If a storm has passed through, the shore will be ‘dirty’ with algae, seaweed, etc. for a few days.  Luckily, you can usually find a ‘clean’ section a hundred meters along the beach in either direction.

Good To Know:  You can walk out to thigh / waist level for quite a way out.

You can walk on the beach, play in the sand on the shore, and swim year-round in Forte dei Marmi.

Depending on the weather, the beach clubs typically open up around Easter in the spring, and close up in late September.

If you’d like to use a beach club and its amenities, you’ll need to visit during this time.

Good To Know:  The town center of Forte dei Marmi is very quiet in the winter ‘off-season.’

Good To Know:  You’ll see a few beach club chairs set out on the beach in the off-season.  These are for beach club members.

Forte dei Marmi’s shoreline is packed with private beach clubs.  There is also a small public beach (spiaggia libera) on the northern edge of town.

A beach club (bagno in Italian) is a (typically private) structure with amenities on the beach that you can use for a fee.  It may include:

Bagni staff in Forte dei Marmi rake and clean the beach each morning (and sometimes during the day) for aesthetic reasons and to make sure the sand is free of trash and dangerous objects (glass, sharp metal).

Forte dei Marmi beach clubs are pricey, and usually run from around 75€ per day for the use of an umbrella and lounge chairs, to up to hundreds of euros per day.

Good To Know:  Some Forte dei Marmi hotels have an associated beach club that hotel guests can use.

You can make a reservation by phone or email.

The public beach in Forte dei Marmi is in the northern part of town.  It has a stretch of sand a little less than 200 meters long and it’s set in a beautiful area next to the WWF-protected sand dunes.

To reach it, you’ll need to walk on a sandy path (too deep for strollers).

It’s not as pristine as the beaches at the private beach clubs, but it’s still beautiful, and the water and sand is the same!

There is a lifeguard on duty.

Beach clubs have their own bagnini and the Forte dei Marmi comune (town council) hires a lifeguard for the public beach.

Lifeguards in Forte dei Marmi are on the lookout for swimmers having difficulty and will also alert beachgoers if the sea is dangerous for swimmers (rough seas or rip tides).  Although there are usually red, yellow, and white flags used, you’ll mostly see a red flag in Forte dei Marmi, which means swimming is not recommended (due to rough seas or rip tides).

Italian beaches use flags to signal swimmers of dangers and surveillance of the water by lifeguards. There are general rules, but different areas have different meanings for the colored flags. In Forte dei Marmi:

What to Wear on the Beach in Forte dei Marmi

Males and females must wear swimsuit (costume) bottoms, but you’ll see babies and toddlers swimming and playing in the sand in the nude.

If you decide to dine at a beach club restaurant, you’ll want to put on a shirt (most restaurants require them for adults, and some require shirts for children too).  You can head to the beach club bar for a snack or drink in just a swimsuit, but you’ll see some people putting on a beach cover-up.

Regarding footwear, usually beachgoers are barefoot, but you’ll also see flip-flops and sandals.

What We Do: We usually wear flip-flops that can get wet.  Although most beach clubs in Forte dei Marmi have a walkway partway down to the beach, the sand can get very hot, so it’s nice to have shoes.  Also, we like to wear our flip-flops in the showers.

Good To Know:  Most beachgoers shower and change into regular clothing when they want to head into town.  If you’re heading back to your hotel, you won’t feel out of place walking or cycling wearing a beach cover-up or shorts and a shirt.

Good To Know:  If you’d like to get a cover-up or beach clothing while you’re in Forte dei Marmi, there are plenty of shops in town.  Or, visit the famous Wednesday morning Forte dei Marmi market.

Forte dei Marmi, like most beaches in Italy, has vendors walking the beach selling jewelry, towels, toys, and more.  While they don’t frequently walk through the bagni, they may stop and ask you if you’d like to buy something.

Other Beaches Near Forte dei Marmi

Enjoy your time at the Forte dei Marmi beach!

You may want to read our 200+ Essential Italy Travel Tips!

How much does it cost to use the beach in Forte dei Marmi?

The public beach (spiaggia libera) is free to use, but if you’d like to spend your day at a beach club in Forte dei Marmi, you’ll pay a premium.  Expect to pay from €75 and up for an umbrella and beach chairs at a Forte dei Marmi beach club.

Is there a nude beach in Forte dei Marmi?

Forte dei Marmi doesn’t have a nude beach.  You can sunbathe topless but it’s not common on the Tuscan coast.

Most luxury hotels have their own private beach clubs (like Grand Hotel Imperiale, Augustus Hotel, Hotel Principe Forte dei Marmi, Villa Grey).  Those that don’t (for example, Hotel Byron), have agreements with nearby beach clubs. 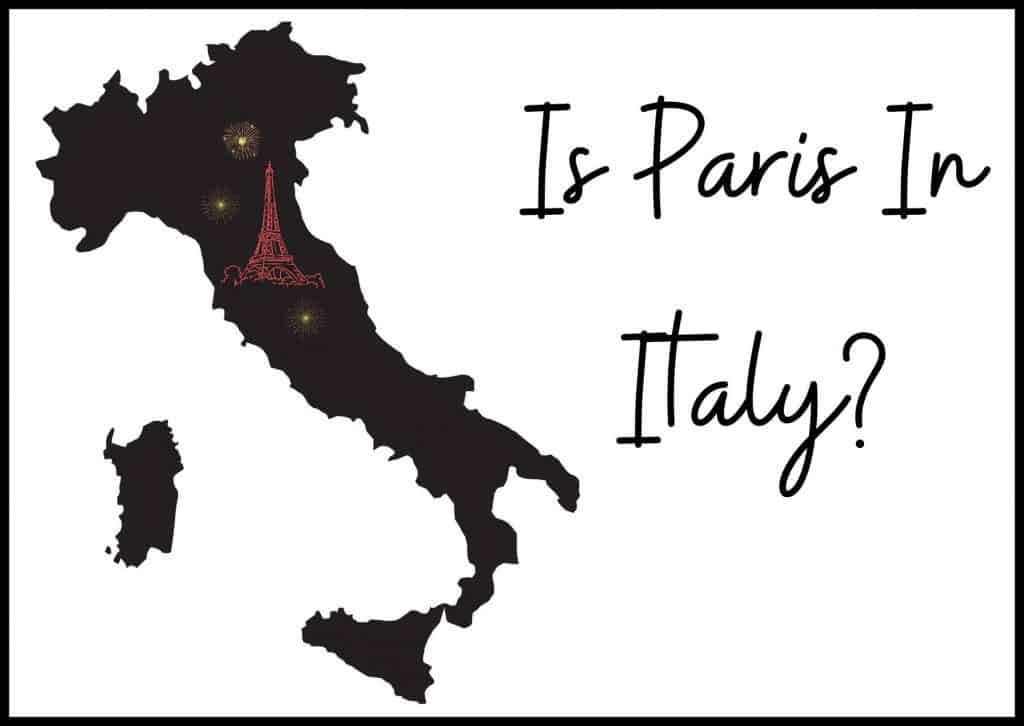 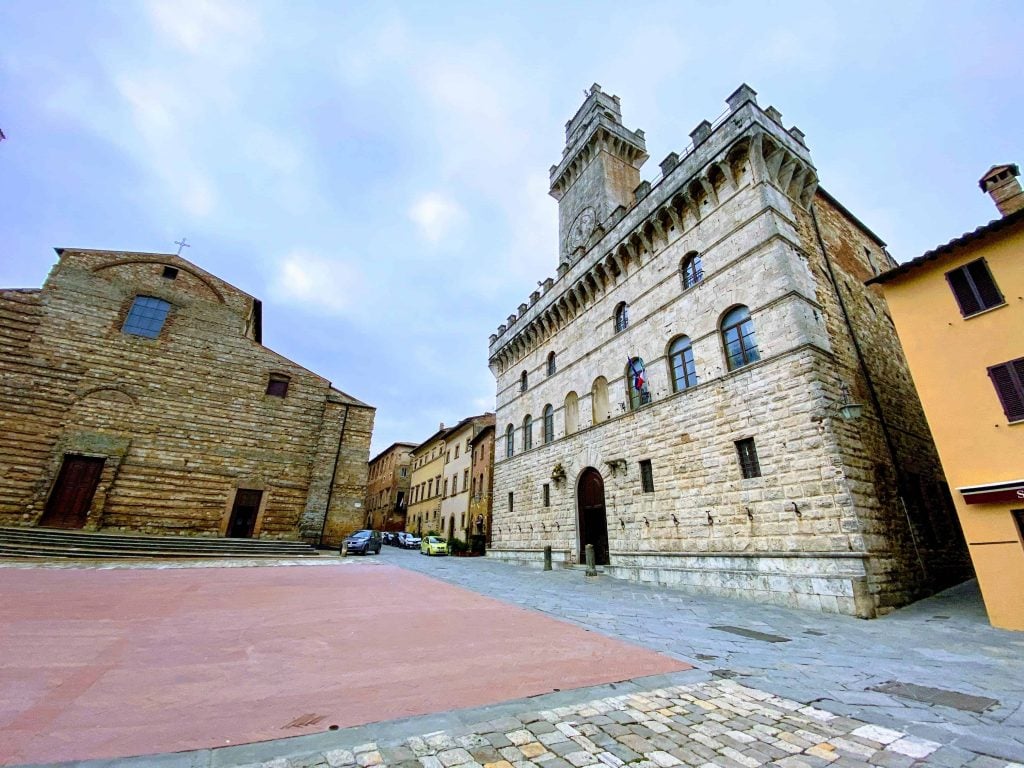