The weather here in Italy is getting milder and that leads to thoughts of spring and outdoor terraces in the sun sipping, what else?… Aperol spritz, a classic Italian cocktail.

Aperol spritz is Italy’s most popular aperitif and it’s perfect for your happy hour.  It’s bright, colorful, really refreshing and doesn’t contain too much alcohol.

How The Spritz Got Its Name

The original spritz wasn’t exactly like we know it today.

The idea originated in Lombardy and Venice in the late 18th-early 19th century. This part of Italy was dominated by the Austro-Hungarian empire. Austrian soldiers found the locals’ wines a bit too strong for their taste, so they began to water them down with fizzy water.

The German verb ‘spritzen’ (to splash or squirt) gave rise to the name.

At the start of the 20th century came a truly revolutionary device – the soda siphon. So, the watery wine became the wine and soda which is popular in many countries today. However, the spritz ‘cocktail’ as we know it was only invented in the 1920s when bartenders began to add a touch of colored bitters to their wine and soda.

Of course, there is more than one type of bitter! The town of Padua laid claim to ‘Aperol’, while the classic Venetian spritz was made with ‘Select’ (similar tasting, if a little more ‘bitter’ and bright red in color instead of orange). By the 1970s the Aperol version had become an official IBA (International Bartenders’ Association) cocktail.

The Campari Group bought Aperol in 2003, taking it out of Northern Italy and transforming it into a global brand with an aggressive marketing campaign. The bitter increased its sales by an average of over 16% each year and Aperol now makes up one-fifth of the Campari Group’s 2 billion annual sales.

There was a small plateau in the year 2020 – after all, we were all locked down in Italy and Aperol and Aperol spritz are definitely associated with conviviality, going out, and sharing fun moments with friends.  But things seem to be on the upturn once more. With other international markets still to be explored this little orange bottle seems unstoppable.

What Kind Of Alcohol Is Aperol?

Aperol has been poetically described as ‘an Italian sunset in a glass’ and its warm orange color is definitely evocative.

The recipe is, of course, secret but it does include bitter and sweet oranges, as well as rhubarb! It was developed by brothers Luigi and Silvio Barbieri, who inherited their father’s alcohol-producing company in 1912. The name Aperol is meant to echo the French “Apéro”, or aperitif.

Alcohol content – Aperol contains only 11% alcohol by volume (less than most wines), so it’s not overly alcoholic.

Aperol spritz is refreshing and sometimes it goes down a little too easily. It’s a combination of bitter and sweet, with a citrusy taste. Orange notes certainly predominate but there are also hints of rhubarb, gentian root, herbs, and even vanilla.

How To Serve Aperol Spritz

No matter which glass you choose, there’s usually plenty of ice (the bar owner’s moneymaker!) but lots of ice creates an even more refreshing summery drink.

An orange slice is often added but you may find an olive instead (in a slight nod to Venetian customs).

When To Drink An Aperol Spritz

The classic moment to drink an Aperol spritz is as its name suggests – at aperitif time. Around 6.30-7.30 pm is peak Aperol time.

It’s usually accompanied by bar snacks (complimentary of course) and is a great drink to enjoy with friends.

It’s meant to whet your appetite for dinner and give you a little lightly-alcoholic boost – not to get you drunk!

Want to know more about aperitivo?
Read our post on Aperitivo – All You Need to Know About Italian Aperitif

Of course, it’s great for any occasion – on holiday, when relaxing by the pool, before lunch or at brunch, or to ring in the New Year.

While it’s not a typical after-dinner cocktail no one is going to think it strange if you order one.

Sipping an Aperol spritz is a perfect way to enjoy a lighter drink at any time of day.

Aperol has primarily been marketed to the 20s-30s age group and has a young, fun image based around socializing in groups, but Italians of all ages enjoy Aperol spritz!

Where it was once only known in the North-East of Italy, it’s now spread to the whole country (and around the world!)

Of course, there are lots of things you can enjoy in your spritz apart from Aperol. Here are a few spritz variations:

How To Make Large Batches of Aperol Spritz

There’s no easy way to do this as a Spritz has to fizz! Pre-mixing it at home in large batches and letting it sit around is not a good idea.

If you’re having a party get the soda siphon out and start spritzing!

The prosecco should also be a newly opened (or properly sealed) bottle too. You want it to be as sparkling as possible.

To help you out Aperol has begun selling pre-mixed spritz in individual bottles but if you mix it yourself you can adjust the proportions to suit your own tastes.

How To Make A Non-Alcoholic Aperol Spritz

If you want a light, thirst-quenching drink without alcohol (and you still want to fit in with the ‘orange crowd’) try 2 parts orange juice, or any other tropical fruit juice mix with one part non-alcoholic bitter (they do exist!) and one part soda.

One of Italy’s favorite non-alcoholic aperitifs, which resembles a spritz, is Crodino (yes, it’s also orange).

There’s also a big market for non-alcoholic aperitifs in other countries. The Lyre’s brand, which sells all over the world, including in the U.S., make a ‘non-alcoholic Aperol’ and there’s even a pre-mixed version in a can called ‘Amalfi Spritz’ which is impressive.

The perfect wine for an Aperol spritz is prosecco. Aperol is already sweet, so it’s best paired with a drier prosecco.

There’s no need to use Italian sparkling wines that are labelled ‘metodo classico’. These are sparkling wines produced in champagne-style that are best enjoyed on their own. They are obviously higher in price and it’s just a waste to use them in a Spritz!

For easy spritz-making just remember “3-2-1”: 3 parts chilled prosecco, 2 parts Aperol and 1 part soda. Obviously, this can be adjusted according to taste. Whisper it…some of us don’t bother to add the soda at all.

Spritz is traditionally served with soda water or seltzer, but in a pinch, you can add tonic water or club soda.  At home we use a sparkling water like San Pellegrino.

Fill a wine glass or an ‘old-fashioned’ cocktail tumbler with ice.

Pour in your prosecco, add the Aperol and, finally, top with the soda water.

Garnish with an orange slice.

What do you mix Aperol with?

In the classic Aperol spritz recipe, Aperol is usually mixed with prosecco (Italian sparkling wine) and a dash of soda to make an Aperol spritz.

Can you drink straight Aperol?

You can drink Aperol straight, with a twist of orange and ice, but it’s far more common as an addition to a spritz. Again, it’s just a question of taste.

What kind of alcohol is Aperol spritz?

Aperol is an orange-red bitter liqueur with a bitter and sweet orange base.

Is Aperol spritz high in alcohol?

Aperol is alcoholic, but not particularly high in alcohol. It is 11% ABV (for comparison, most ‘medium alcohol’ wines are around 10.5-11% ABV).

Where can you get an Aperol spritz outside of Italy?

If you’d like to make your own Aperol spritz, you can buy Aperol in most stores that carry liquor.   Otherwise, you’ll find them on the drinks menu at many bars and Italian restaurants. 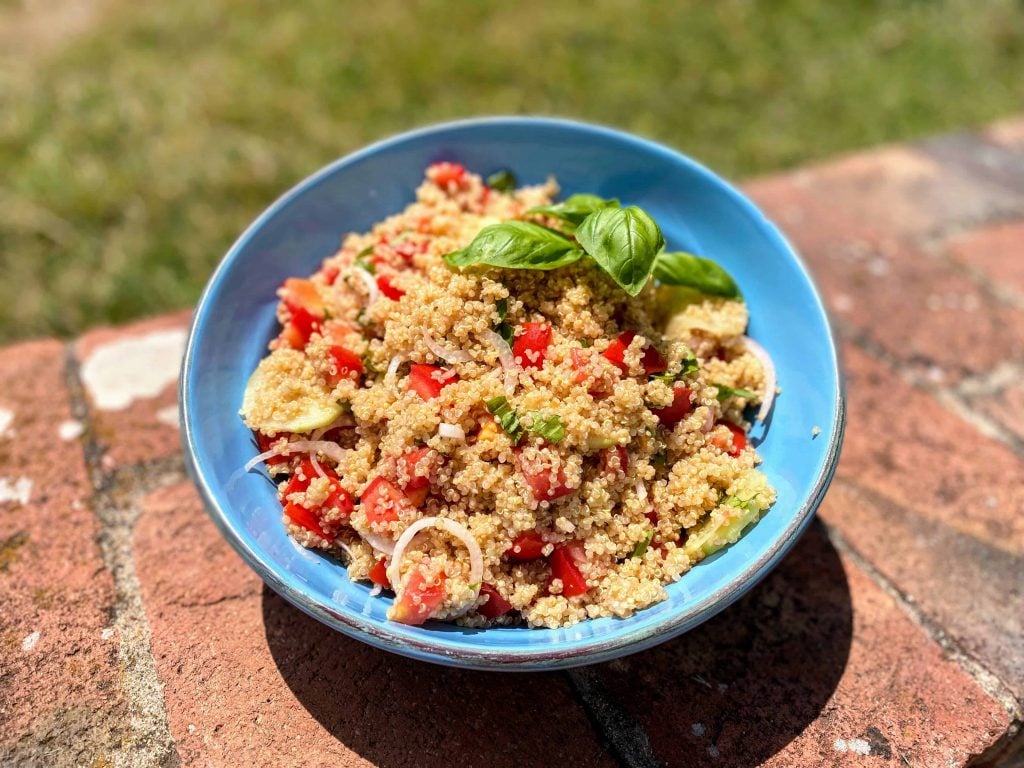