What is a Presepe?

A presepe (plural presepi and sometimes also called a presepio) is an Italian nativity scene.

An Italian presepe often tells the whole story from the angel’s announcement to the shepherds, through the birth of Christ and the arrival of the three wise men.

Fun Fact:  In a presepe, the birth of Jesus is often staged in a grotto, or cave, rather than the traditional stable.

The presepe backdrop is traditionally made of wood and then the figures (in terracotta or wax) are added, together with moving mechanical parts and sometimes water features like wells and fountains.

An interesting thing to note about presepi is the sense of perspective. Unlike a doll’s house where the figures are all the same size, an Italian presepe might have a huge sheep and a tiny angel. Why? Because of perspective. The sheep is in the foreground, closer to the viewer, while the angel (or whichever figure it is) is placed in the background and is smaller to give the idea of depth (and time) to the scene.

A presepe can be added to over the years, or even generations…in the same way as we keep a Christmas tree in the attic and buy new ornaments for it, presepi can get new figures and features each year. They can be handed down through the family and some, dating back to the 18th century, are worth large amounts of money.

Good To Know:  Much like parents buy Christmas ornaments for children in the US, Italian parents may buy presepe figures for children that they can one day take to their family home.

History of the Presepe in Italy

The earliest historical records of the nativity scene date back to the 3rd-4th centuries, when Christians gathered in places like catacombs and drew images of Mary with baby Jesus on her lap. They were really simple scenes with symbolic inscriptions, on par with, for example, a drawing of the fish, which symbolized Jesus Christ.

From the 15th century and throughout the Middle Ages, nativity scenes were painted by artists like Botticelli, Giotto, and Piero della Francesca and displayed in churches. As the population couldn’t read, they needed a visual description of the birth of Jesus (and other scenes from his life).

St. Francis of Assisi and the ‘Living’ Presepe

The first presepe in the modern sense of the word is commonly attributed to St. Francis of Assisi.  In 1220, St. Francis made a pilgrimage to the Holy Land to visit Jesus’ birthplace. He was so impressed that he asked the Pope for permission to leave his monastery and stage a nativity play.

On Christmas Day 1223 in the small town of Greccio (near Rieti in central Italy) he set up the first presepe in history in a cave near woods close to the village. Francis brought a manger with straw as well as an ox and a donkey there (apparently no one represented the Virgin Mary, Joseph, or Baby Jesus). Large numbers of local people, who could not read, came to hear Francis tell them the story of Jesus’ birth.

After this, the first presepi, complete with a backdrop and carved figurines, started to make their appearance in churches alongside paintings. The nativity scene became a popular tradition that spread throughout central Italy and the Emilia Romagna region. It then reached the south, and the city of Naples and began to be fashionable in noble homes (in the form of ornaments or miniature chapels).

Although there are presepe traditions from north to south in Italy, the city of Naples is still the most famous for the art of the presepe in the whole country. This art reached its height in the 18th century, but the city still draws visitors from all over the world to see its elaborate creations and figurines.

Presepi from Naples are world-famous. There is a long-held tradition of artisans who craft nativity scenes. For centuries a nativity scene was a real source of pride for families who competed to have the most lavish one!

Rich families traditionally spared no expense and commissioned trusted sculptors to create impressive works of art (also made of precious materials) and then dedicated entire rooms of their homes to show them off at receptions and private parties.

The tradition is still going strong today. The streets around San Gregorio Armeno in the historic center of Naples are packed shoulder to shoulder with people at Christmas time looking for figures and ornaments to add to their presepi.

As well as baby Jesus, Mary and Joseph, and the Three Wise Men, you’ll find modern figures like famous soccer players, TV personalities and politicians!  Argentinean soccer player Maradona is a perennial favorite in the presepe as he helped the city of Naples win the championship against their bitter rivals Juventus!

What is a Presepe Made of?

The backdrop of a presepe is often wood (and traditionally it could even be made of seashells). Today, thanks to technology, a nativity scene can have many new features (real lights, tiny working pizza ovens, mini streams of flowing water, etc.) and especially new materials.

Although there are still many presepi that are made from traditional materials (terracotta, wood, plaster, and papier-mâché), many of those available in stores are made of plastic, which is less expensive and more durable.

Presepi, in the form of simple nativity scenes, with just the major characters and a few animals are usually set up in Italy around Christmas in churches or sometimes in public squares. Municipalities in Italy also use some very creative ways to depict the nativity scene, as well as statues and figurines – there are live representations and even digital art and projections onto public buildings.

Many places in Italy stage presepi viventi. These are live representations of the nativity scene with local people playing the characters. A few sheep, goats, cows, and a donkey may also be brought in for good measure! Some of these are staged throughout the whole town and local stores are transformed into workshops where people practice ancient crafts (baking, traditional paper making, wood carving or weaving, etc).

One of the most famous of these is in Tuscany. The presepe vivente with the longest tradition is probably Equi Terme, a small village near Massa-Carrara. It has a beautiful route, winding through the village lit by torches and candles to the entrance of the Equi Caves, where Jesus’ birth is represented.

Many families set up presepi in their homes for the holidays, and they’re often displayed in an important place in the home where guests can see them and family members can enjoy them.

Where to Find the Best Presepi in Italy (by Region)

When Presepi are On Display in Italy

Sometimes in the US or other countries nativity scenes go up in early November – not so in Italy. Presepi are usually limited to Christmas time. There are no hard and fast rules about when you get your backdrop and figures out of the box, but there are a few traditional dates.

Important:  Baby Jesus is not supposed to appear until Christmas Eve (if possible on the stroke of midnight).

Then, the Three Wise Men are placed on January 6th.

After this most people take down their Christmas decorations and put the presepe away until next year, but not many people know that the date on which the nativity scene should traditionally be taken down is February 2nd, or the Feast of Candlemas, which marks the official end of Christmas time!

One special pastore in the Neapolitan presepe is a shepherd boy called Benino, who is depicted sleeping. He is the most important pastore in the nativity scene because the angels announce the birth of baby Jesus to him in a dream.  He is usually placed in a cave or in a part of the scene far away from the grotto or the stable itself.

Another important pastore is Il pastore della meraviglia or the ‘shepherd of wonder.’ He is positioned near the grotto with his arms and mouth wide open because he witnesses the birth of Jesus in amazement. He represents the discovery of the divine and some people think it is Benino himself who has ‘awakened’ after his dream.

Some of the Most Famous Italian Nativity Scenes in Art

Do presepi make nice souvenirs?
Presepi make wonderful souvenirs!  Some may be a bit bulky and might need to be shipped, but even a couple of figures or decorations can be a great souvenir and if you like crafts, why not try making your own wooden backdrop at home?

Are Italian nativity scenes expensive?
Anything made of traditional terracotta, papier-mâché or wax will be expensive. It depends on the size and complexity of the scene and the figures inside. Plastic figures and backdrops are obviously cheaper. 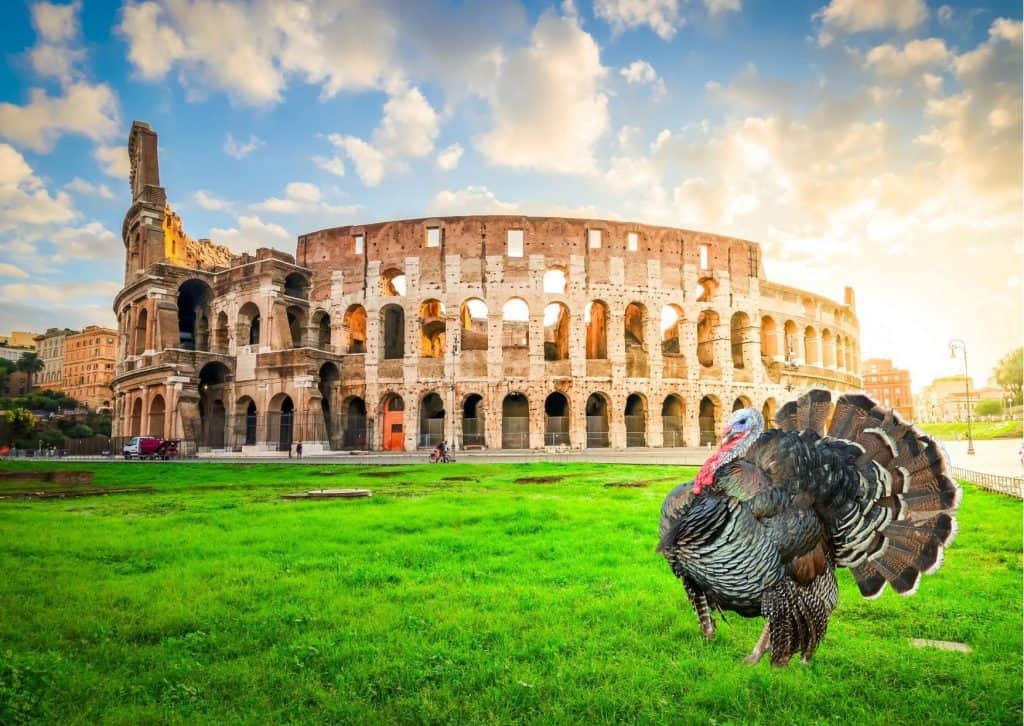 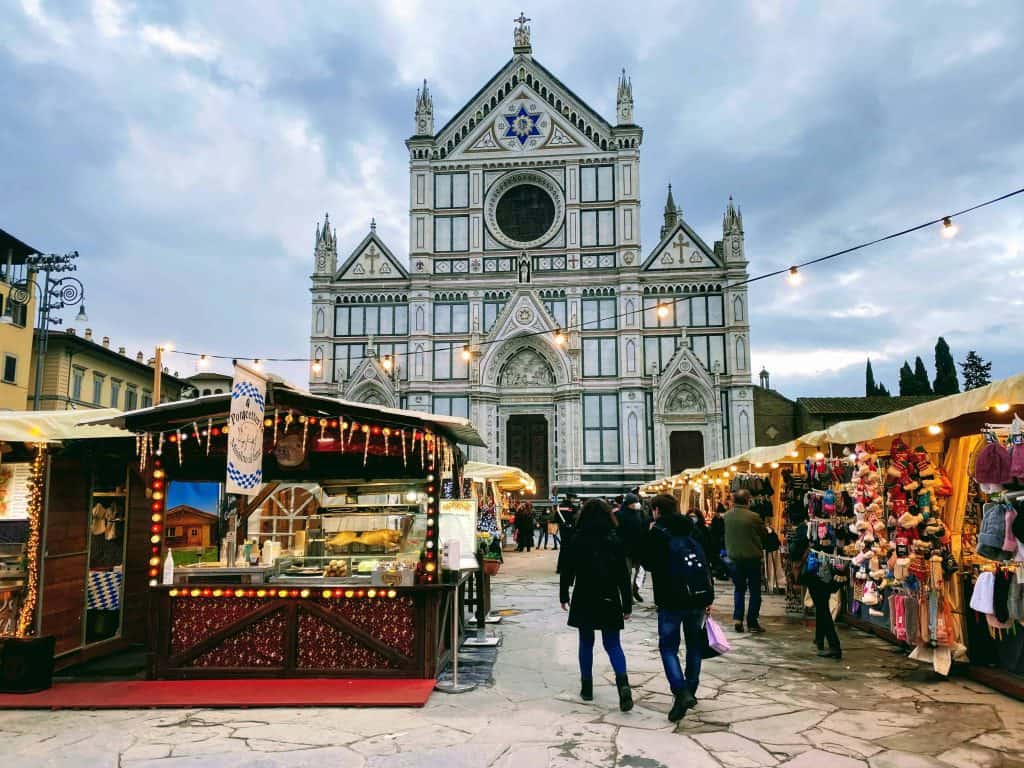